Traditional foods are basic foods – produce, dairy, grains, meat and fats- prepared in ways that were found to keep people healthy and strong throughout the generations.

What does ‘traditional food’ mean? Whose tradition are we following? Why skip all the cool new modern ways of doing things that everyone in the industrial era took so much time to discover and invent? Why go in reverse? Shouldn’t we be moving forward? I hope to answer all those questions here!

Traditional Food and the Weston A Price Diet Defined

You could say ‘traditional food’ is the food and methods of food preparation that existed before World War 1 and 2. These traditional foods were basic food staples – produce, dairy, meats, and grain – prepared in ways that were found to keep people healthy throughout the generations. Because ‘experts’ such as doctors and dentists didn’t exist, people depended on trial and error in their cooking and food experimentation. Their lives depended on knowing what kind of foods and herbs produced healthy children and prevented sicknesses. These recipes and ‘food traditions’ were passed down from generation to generation ensuring our races’ continued survival and health. The food and cooking traditions were fine-tuned to produce healthy babies, create strong youth, and prevent disease.

“Traditional foods are basic foods – produce, dairy, grains, meat and fats- prepared in ways that were found to keep people healthy and strong throughout the generations.”

How Did Modernization Impact Food?

But then, due to the pressures of World War 2, food modernization hit the planet like Superman in his unusually crafted alien spacecraft. Food modernization in the guise of Superman wasn’t as ‘super’ as he appeared. At the time, women’s husbands were off at war and they felt the pressures of food shortages and the stress of raising their children alone. Women gratefully accepted canned, packaged, and pre-made goods that began to hit the market. It was a relief from the tedious efforts of growing, preserving, and home-baking. Baby food was pre-pureed in jars so they didn’t have to mash it themselves. Cheap white bread took away the chore of baking.

People moved away from family farms and crowded into cities to find work. People attempted to bring their milking cows into those crowded cities. You can imagine what happened. Cow manure and city life did not mix well. Family cows could no longer be kept and milk pasteurization entered the scene, due to improper hygiene. Milk pasteurization was Supergirl, Supermans’ partner in crime who also had a dark, sinister side.

What was Food Modernizations’ Dark Side?

Dentist Weston A Price discovered Superman and Supergirls’ hidden sides first hand in his American dental clinic in the ’40s. Kids of all ages were troubled with tooth decay, facial deformities, and worse. Tragically, during a root canal, his own son died. Price heard of primitive people groups who were reported to be strong and healthy. They resisted disease despite being isolated from the modern world. Why was there such a dichotomy between Americans’ kids’ health and the reported health of the primitives? Motivated by his only sons’ death, he set out on a decades-long journey to discover the secrets to these primitives’ health. Such health was certainly escaping the health of his fellow countrymen in North America.

Weston A Price and the ‘Primitives’

Price traveled the world to remote communities who survived completely off the land and had no modern foods or methods to assist them. Surprisingly, he discovered them to be healthy. They sported unusually strong physiques. They owned nearly zero cavities! They were also resilient against the prevalent diseases of the time. Interestingly, they also had strong family and community bonds. The most common disease of the era was tuberculosis. He took painstaking records of these ‘traditional, remote/primitive’ communities noting how many cavities they had versus nearby towns and villages who did have access to the novel modern foods. At the time, these modern foods included white bread, white sugar, jam and canned vegetables.

Dr. Price discovered that the primitives sported unusually strong physiques, owned nearly zero cavities and did not suffer from the common diseases of the time – namely tuberculosis!

The results were clear. The health of those living in remote un-modernized villages contrasted starkly with the health of their modernizing sister cities. In modernizing cities, tooth decay was rampant, bone structure was less than ideal, and disease was prevalent. County officials in European countries made extensive efforts to quantify diseases and tooth decay of their towns but never made the connection between the healthy isolated groups and their lack of exposure to modernized foods.

“In modernizing cities, tooth decay was rampant, bone structure was less than ideal and disease was prevalent.”

Do Genetics Play a Role?

Some question if genetics had anything to do with it? The answer was a definitive ‘no’ as older youth from the isolated villages would go to modernizing villages for a year or two and come back with cavities and health problems. Their siblings who remained in the isolated villages remained healthy without signs of disease. In the picture below, the brother on the left had left his isolated village to spend a couple of years working in a modernizing town. Although they came from the same genetic stock, this brother came home with serious dental decay. (Photo credits: Price-Pottinger foundation.) So, if it wasn’t genetics, what was it?

While living away from crowds (possibly more hygienic) and having strong community bonds certainly helped, Dr. Price narrowed it down to food. His methods and research were meticulous. He looked into the mouths of people in village after village recording how many cavities and what types of cavities or tooth deformities he saw. He also considered facial bone structure and formation noting that traditional food peoples’ had well-defined jaws and wide nasal cavities. Conversely, modernizing people had poorly defined jaw structures and narrow nasal cavities.

Dr. Price traveled to ten countries and multiple villages within the counties and found the same pattern emerge time after time whether it was the Indians of Canada and North America, the Irish of Southern Wales, the aborigines of Australia or the tribes of Africa. In every case, those living off of their traditional foods diet had nearly zero cavities, strong robust health and zero diseases. In contrast, those adopting modern foods such as white flour, white sugar, jams and canned foods experienced numerous cavities, diseases and bone mal-formation. In the battle between ‘traditional food’ vs. ‘modern food’, traditional food emerged as the clear winner in every.single.case. Superman’s kryptonite revealed.

What is the ‘Traditional Foods’ Diet?

The baseline of a ‘traditional foods’ diet is a REAL FOOD diet. A ‘real food’ diet is a whole foods diet comprising the foods found on the outside aisles of your grocery store – the whole produce, dairy and meats. Nothing is added to these whole foods and there are no additives, preservatives, flavorings, colorings or processing involved. This is a great baseline to start. However, it’s only the foundation of a ‘traditional food’ diet.

A ‘traditional diet’ takes the real food diet even further by paying attention to how food is prepared or cooked according to traditional methods of preservation. It emphasizes fermented food, cultured food, sourdough bread, bone broth and organ meats. These traditional methods of preparation are shown to INCREASE the enzymes and probiotic content which increase the health-giving properties of these foods while decreasing the potential for allergic reactions! Pretty cool!

“These traditional methods of preparation are shown to INCREASE the enzyme and probiotic content which increase the health-giving properties of these foods while decreasing the potential for allergic reactions!”

The Differences between the ‘Traditional Diet’ and the ‘Vegan, Vegetarian or Raw’ Diets

While I prefer to focus on similarities instead of differences, there is quite a difference between these diets. Fortunately, both sides of the spectrum place an emphasis on fresh and whole produce that comes from clean sources, which is fantastic! I’m certainly not trying to point fingers or cast judgments. For clarity’s sake, here’s the difference. Both the ‘real food diet’ and the ‘traditional foods diet’ find animal protein and fat acceptable and indeed necessary to maintain good health while ‘vegan’, ‘vegetarian’, ‘plant-based’ and ‘raw’ diets do not.

Furthermore, a traditional diet does not restrict grains, dairy or legumes when they’re prepared traditionally unless a person’s body can’t tolerate them. On the other hand ‘paleo, banting and keto’ diets do restrict grains of every kind, dairy and often rice and legumes as well.

Dr. Price found several principles to be true across all of the various countries and primitive societies that he visited: 1.)When their food was analyzed it had up to ten times the phosphorus, calcium, magnesium and other minerals of modernized foods. 2.) He discovered several times more of the fat-soluble vitamins A and D and factor X (which we now know to be Vitamin K) in their diets. 3.) He discovered that all the thriving villages – even those living mostly a vegetarian diet – included some forms of animal products into their diet. 4.)They very often prized organ meats over fleshly meat. 5.) They prized animal fat.

If you haven’t read Weston A Price’s “Nutrition and Physical Degeneration“, I highly encourage you to read it to fully appreciate the depth of his research and the impact of his work upon diet. However, for brevity’s sake, I’m going to list the sixteen guidelines outlined by the Weston A Price foundation based upon his research around the world:

The Sixteen Guidelines of a Traditional Diet

Why a Traditional Diet is Important in a Modern World

While it may feel like going back in time is the opposite of progress, we’ve seen time and time again the failures of the modern westernized diet. Diseases of all kinds are on the rise. Obesity is on the rise. Autoimmune diseases, infertility and childhood health deficits are the norm. Price’s meticulous records of the health of the primitives and his analysis of their nutrition demonstrate that there are answers to our health dilemmas. Those answers are found by reviving those health traditions that have caused people before our time to thrive successfully for generations upon generations.

I hope you found this article enlightening and inspiring! Let me know in the comments below if you have any questions about the traditional food diet or what you found interesting about this post!

Traditional foods are basic foods – produce, dairy, grains, meat and fats- prepared in ways that were found to keep people healthy and strong throughout the generations.

SUBSCRIBE TODAY
“Learn what better nourishment looks like and how to make simple, easy meals for your family!” 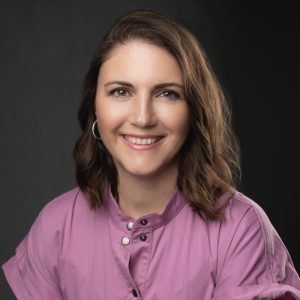 I’m passionate about helping people find real health through nutrition and wellness! I’ve been researching health cures through nutrition and traditional diet over the last ten years and love finding unique health solutions for my clients. The investment you make into your health will pay huge dividends in your future. I’d love to meet you and hear your story and see if I’m a good fit for your health needs!

Combine the wisdom of the past with modern nutrition to grow a healthy family!