For example, one small teaspoon of soil contains more microbes than our entire galaxy of stars! The way plants interact with the soil’s galaxy of microbiomes is fascinating. The health of plants is determined by the health of the microbiome in the soil beneath it. (Does this sound familiar? Our guts and the soil are pretty similar!) Soil is a living, breathing organism that feeds everything on our planet.

How does this have anything to do with nutrition? Well, everything really. Professor Davis, a biochemist at the University of Texas studied the US Department of Agriculture’s data on forty-three different fruits and vegetables from the year 1950 until 1999 and noted ‘reliable declines’ in the following nutrients: protein, calcium, phosphorus, iron, riboflavin, and Vitamin C. (Journal of the American College of Nutrition 23, no. 6). Several other reports from the A Kushi Institute as well as the British Food Journal revealed similar data showing an average 27% decline in produce nutrition such as iron, vitamin A, vitamin C, calcium, and potassium during these years.

You’ll notice in this graph that riboflavin had significant declines. Riboflavin is important for healthy cognitive function and mood. Low riboflavin is linked to poor iron utilization, skin problems, oxidative stress, and high blood pressure. (“The Genius Life” pg. 35 Max Lugavere) Why are we seeing such declines? Before World War 2, farmers had to work with soil naturally. They used natural supplements such as animal manure, bones, gypsum and crop residue. Plants had to resist pests on their own (which increase the plants’ phytochemicals/antioxidants). Fertilizers and pesticides weren’t killing off beneficial microbial action that allow plants to uptake greater nutrients (see below). After World War 2, many new chemicals became available to farmers. The goal during the time period of these studies (1950-1999) was greater yields, pest resistance and climate adaptability. Plants experienced tremendous growth and yields skyrocketed. Unfortunately, synthetic fertilizers only target three specific nutrients that help with plant growth (N, P, K). Plants’ ability to manufacture all the other nutrients could not keep up with the rapid growth from synthetic fertilizers. Chemical fertilizers create nutrient imbalances in soil and increase plants’ vulnerability to attack. They also decrease magnesium in plants by flooding the soil with potassium, a competing ingredient to magnesium. (The Dirt Cure pg. 153 Maya Klein, MD) Magnesium is a critical nutrient for neurological and overall health and many of us suffer from a lack of it. Our conventionally grown produce is left severely lacking.

Several large groups have been monitoring and studying organic versus conventional methods of growing produce including the Rodale Institute and The Organic Center. They echo each other by saying that the longer a land is managed organically, the healthier the soil becomes. Organic farming increases beneficial fungal diversity, and macrobiotic communities such as earthworms, beetles and nematodes. Those in turn allow the soil to hold nutrients, water and improve soil structure. Having this fungal diversity actually suppresses pathogens that would otherwise attack plants!

What I find astounding is the extraordinary cycle of nutrition that operates between plants and the soil… The plants “invest some of the sugars and carbs produced in photosynthesis into the soil in order to feed bacteria and fungi.” (see video link above) This causes bacterial and fungal micro-populations to increase. Predatory micro-organisms come around and begin consuming those bacteria and fungi. The wastes of said predatory micro-organisms are full of nutrients that become bioavailable to the plant roots. Another way plants obtain minerals is from rocks. These same mycorrhizal fungi aid plants in extracting nutrients from rock particles. It’s an incredible cycle of microbiota that we are actually all dependent on.

Regrettably, commercial farming methods of synthetic fertilizers, pesticides and tilling destroy these precious and fragile soil ecosystems that provide us with such incredible and health-giving nutrients. It doesn’t take too much to figure out that “pesticides” would be killing life-giving fungi. If it’s killing bugs, it’s definitely killing the bacteria and fungi. David Lancaster who experimented with Round-Up and microbes confirms: “While my company was conducting compatibility research of our mixture of microbes with various agricultural inputs at UC Davis we discovered that in-lab tests confirmed 100% lactobacillus species and yeast species in our EM-1 product were killed within 60 seconds of contact with RoundUp“. (Source: Mudock, M., Casey, C., and Parrella, M. Internal Research Paper, UC Davis 2011-2014.) Tilling also rips up the fungal networks, exposing the soil to harsh sun rays that will cook any life in the topsoil and causing a loss of rich soil organic matter through soil erosion.

What is the solution? Introducing…. ‘regenerative agriculture’ or ‘agroecology’ as it’s called in some circles. Regenerative agriculture is a ‘no-till’ method of farming that preserves the hidden life of the soil, thus increasing the plants ability to uptake nutrients. It is similar to organic farming in that no chemical fertilizers or pesticides are used but takes it up several notches by non only sustaining the soil but regenerating and rejuvenating it in the process.

In fact, regenerative farming actually increases the amount of carbon that can be held by the soil, reducing carbon in the atmosphere and impacting climate change. In regenerative agriculture the soil is left alone and soil organic matter is increased through cover crops, compost, manure and a biodiverse environment (the opposite of a monocrop). You end up with plants whose root systems have a marvelous co-existence with networks of fungi drawing up critical life giving nutrients to the plant and in turn the person who enjoys eating the plant.

In summary, the soil beneath us hosts a microcosm of creatures and beneficial systems … indeed an ecology within itself that impacts us in greater ways than we’ve ever realized before.

I’ll be sharing tips on how and where to find regeneratively farmed produce and foods in a future post. Stay tuned!

1 thought on “Soil – A Critical Nutrient” 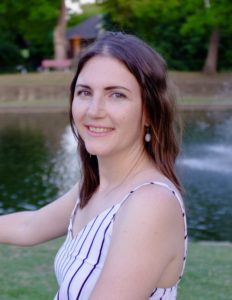 I’m passionate about looking at health from a natural, holistic perspective and love to share inspiration around my studies and how to practically incorporate these insights into daily life.

Ready to grow a healthy family the "Wise Traditions" way?